When China awakens, the world will tremble 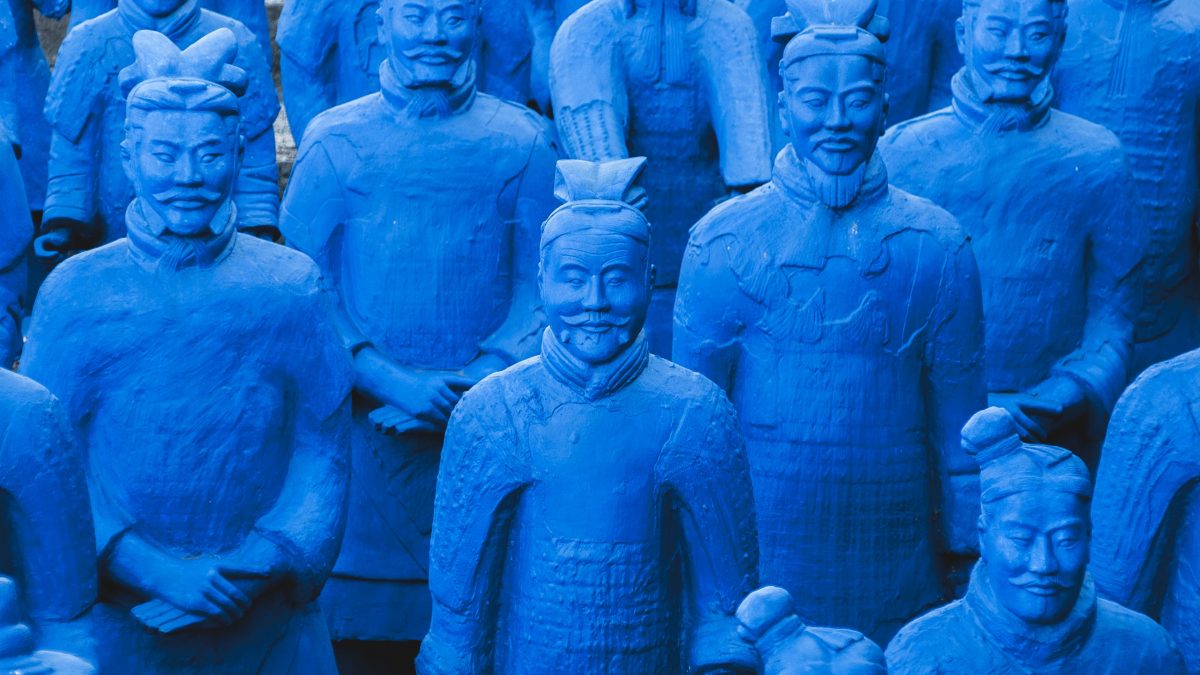 Unlike the notion of being the leading military power, the notion of being the leading economic power is often linked to a liberal and democratic vision of the state embodying it.
Since the 1950s, this role has been held by the United States. Admittedly, in the early 1970s, the Soviet Union climbed up the rankings (with GDP growth of 4 to 10% per year), but the oil crisis and the country’s economic difficulties dashed any hopes of first place. Japan in the 1980s, with an annual growth rate five times that of the US over the same period, was hampered by endogenous economic stagnation and was unable to take the top spot.
The American economic and liberal machine has always been able to hold its own despite the various global crises impacting the markets.
But can we now deny the rise of China?

Napoleon Bonaparte is credited with the divinatory thought “Let China sleep, the day it awakens, the world will tremble.” What is the truth of this?

China’s economic take-off has allowed it to rapidly surpass all others on many criteria until it reached second place. Today, according to the indicators, China and the US are vying for the top spot. With a GDP of 14,000 billion against 21,000 billion for the US in 2020, China looks set to take the top spot in the next 3-4 years.

If the GDP allows a detailed photograph of the wealth of a State, its place as a world economic power and especially its capacity to influence the world by its economic strength in the long term is to be put in perspective with its external trade balance and its capacity to innovate.
And it is in these two areas that China is proving its awakening and its very long-term presence.

China has made a quantum leap in trade over the past two decades. According to the World Trade Organisation, of which China has been a member since 2001, China’s share of merchandise exports rose from 5.9% to 15.2% between 2003 and 2020, while the United States’ share fell from 9.8% to 8.4%. (Get the data).
China is now by far the world’s largest exporter of goods. In terms of value, this represents 2600 billion dollars for China, against 1400 billion dollars for the United States.
In addition to these impressive figures, it is worth noting that China is the leading supplier of goods to 20 African countries; this continent, which is growing both economically and demographically, is becoming the distribution centre for the world’s factory.

Innovation as a key to the future

The naïve depiction of Chinese manufacturing being good at copying and celebrating it as a tribute to the original is no longer relevant. China has for several decades relied on innovation and R&D (although the exploitation of these patents and the royalties they generate should also be examined).
According to the World Intellectual Property Organisation (WIPO), headed by Singaporean Daren Tang, the gap is even widening: China files more than twice as many patents as the United States (Get the data) and alone accounts for 43% of filings worldwide.
According to the OECD, China has gone from spending 0.9% of GDP in 2000 to 2.4% in 2020. Over the same period, France has gone from 2.1% to 2.3%, the US from 2.6% to 3.4% and Israel from 4.2% to 5.4%.
In terms of volume, on the other hand, China has gone from 38 billion dollars in 2000 to 563 billion in 2020. It is still behind the United States (664 billion) in second place and far ahead of Israel with 18 billion.
This breakthrough in terms of innovation enables China to establish its preponderance thanks to its technology and above all gives it credibility if not attractiveness to foreign companies working with it.

A strongly rising GDP, a very favourable trade balance, a strong presence on the African continent; the time for geographical diversification has come. China has woken up, the world will tremble!
Chinese companies have been doing strategic shopping for a few years now: from arable land to high-tech companies, everything is good to ensure a long-term presence on the world markets. While some see the Chinese as a deep-pocketed player, others see them as the next enemy of a theatrum belli in Europe.
European foreign direct investment rules and the resentment of defiance over the Taiwan discussions make Chinese shopping more difficult without blocking everything.
While overall global foreign direct investment (FDI) rebounded strongly, Chinese FDI rose slightly by only 3% to $114 billion (€96 billion). Meanwhile, China’s global M&A activity fell in 2021 to its lowest level in 14 years, with completed M&A deals totalling just €20 billion, down 22% from an already weak 2020.

Last year, Chinese FDI completed in Europe increased by 33% to €10.6 billion from €7.9 billion in 2020. This increase was driven by two factors: the €3.7 billion acquisition of the Philips home appliances business by Hong Kong-based private equity firm Hillhouse Capital, and record greenfield investments of €3.3 billion. Even so, 2021 was the second lowest year (above only 2020) for China’s investments in Europe since 2013.

This increase was driven by a handful of large deals in the automotive and ICT sectors (SVOLT Energy and CATL in Germany or Huawei’s optoelectronics R&D centre in the UK). As such, it is not yet a strong, multi-year trend among many players or sectors. Yet, with more than a third of Chinese FDI in Europe now devoted to greenfield projects, China’s footprint in Europe looks very different from that of the past.

This shift to entirely greenfield investments is likely to be driven by several factors:

The increase in Chinese greenfield investment in Europe reflects global trends. Over the past two years, China’s global footprint has shifted to greenfield projects.

In short, Chinese companies are now investing heavily in global production facilities and changing their narrative to access an increasingly closed market, whereas they previously focused on asset and business acquisitions.
In our opinion, we are at a crossroads, 1) European states will actively slow down Chinese investment as a result of geopolitical events (Ukraine, Taiwan, the Asia-Pacific region) or 2) China will change its macro and micro-economic narrative in the interest of a more diffuse and therefore stronger economic dominance.