“Sektorkopplung”: is this a broken deal for Germany? 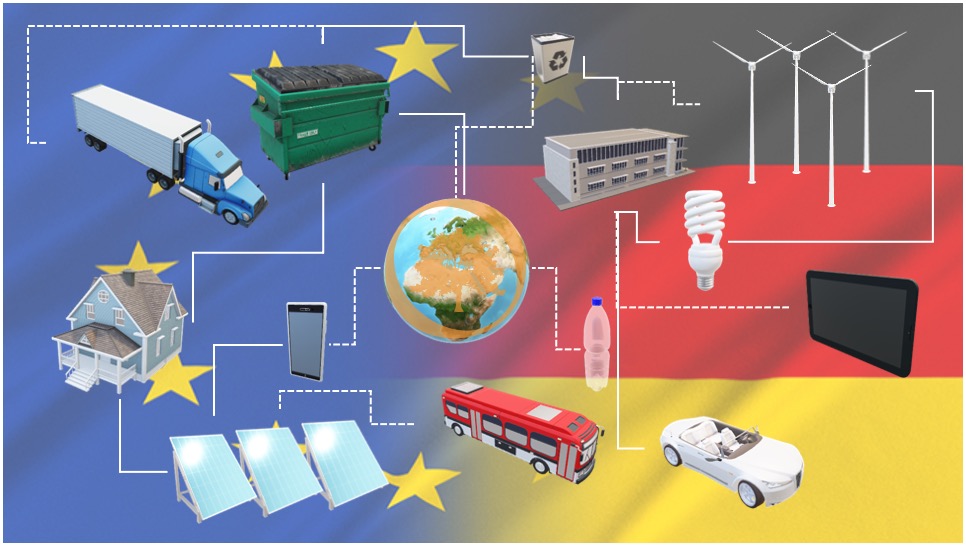 By abandoning nuclear power, Germany has failed to meet its CO2 emissions target. However, from a German point of view, the question of energy goes beyond the production of electricity. It is about heat, cooling, transport and electricity, all of which are derived from fossil fuels and will have to be replaced by renewable energy sources. The Germans have called this holistic effort for change “Sektorkopplung” (more or less translated as sector shift).

The post-nuclear challenge in Germany does not only lie in the growth of renewable energy, but also in a profound transformation of the heating sector – both in homes and businesses – and of transport. Many households today are turning to photo- and geothermal energy, heat pumps combined with electricity production from renewable sources. When this clean electricity is used to reduce the use of fossil fuels in other sectors, this is known as “Sektorkopplung”.

The German law passed in the summer of 2016, better known as the EEG 2017 on renewable energy, supports the already well-advanced movement for change. While 17% of Germany’s electricity consumption in 2010 came from renewable sources, this figure is now 33% and is expected to rise to 45% by 2025. The other side of the coin is more painful: the remaining 55% is mainly produced by coal-fired power stations.

Power-to-Heat wants fossil fuels to be successfully replaced by renewable energy sources either directly or indirectly. It is one of the pillars of the country’s CO2 emission reduction. New buildings are relying on heat pumps that heat the air sucked in from outside, or even compensate for the heat of a liquid preheated underground (geothermal energy) with electricity from renewable energy sources. The efficiency of such a system is well established: with one KW/h of electricity, these pumps produce several KW/h of heat. And thanks to the heat accumulators, this efficiency is increased.

The transport sector is Germany’s third largest energy consumer. Here again, electricity wants to play a role. The electrification of the car, which is already strongly represented in the media, is increasingly taking the spotlight. The general enthusiasm for this new motorisation must certainly not deny the environmental problems of producing and disposing of the batteries that make it up, but the future is electric. Owners of electric vehicles even get a bonus for installing a charging station.

More in line with Germany’s environmental and ethical goals, the use of hydrogen as a fuel is on the way. Although today a large part of hydrogen is produced by cracking hydrocarbons, electrolysis has made so much progress that it is becoming economically viable. It would then be real Power-to-Gas. The German hydrogen network is today developing at great speed and certain automobile brands pledge to decline their whole product range in hydrogen between now and the end of the decade.

Anyone who has ever driven on a German motorway understands that the car cannot be the only target of the “Sektorkopplung”. Trucks must also be converted to electric vehicles. For this purpose, some parts of the motorways are used as laboratories and are equipped with overhead lines which can supply the necessary electricity to the trucks using them, just like urban trams.

The “Sektorkopplung” is not, of course, an idea to be rejected. It is necessary for companies to take the initiative, without waiting for any public support. Change must take place in the conduct of traditional operations. The train of change is not yet at the station, so there is still time to get on board; there are many opportunities for industry, for instance:

To help you in the organisation and implementation of this change, Copper Oak has developed working tools and team support. Our engineers are able to identify the needs and strategies representing your ticket for the “Sektorkopplung” train.