New Image for nuclear power: is it greenwashing? 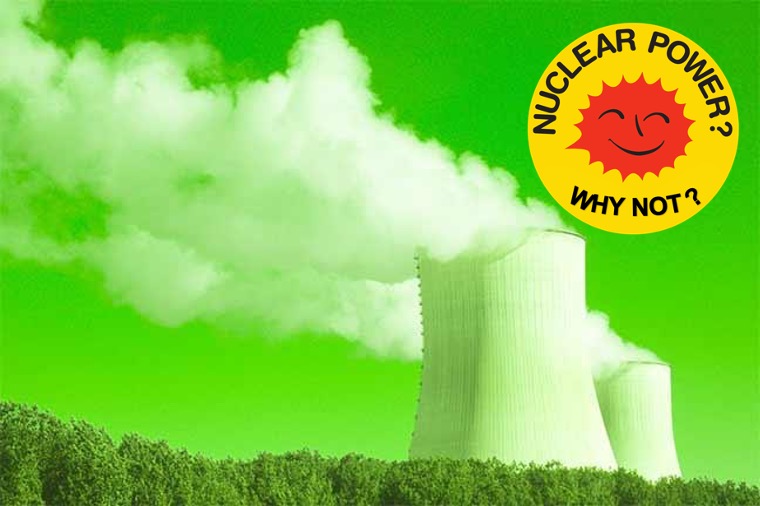 „Nuclear power is dangerous and will pollute us for millions of years.  This was the argument my table mate made to me at a dinner party before COVID.

Nuclear energy has indeed earned a bad reputation by being associated with the atomic bomb and radioactive disasters. On the other hand, realistically, the need for clean energy, and the fact that operating nuclear power plants produces no greenhouse gas emissions, is why many countries want to scale up nuclear power.

New sentiments towards nuclear power corresponds to a change of mindset

Despite the large number of planned decommissioning of nuclear power plants around the world, we are experiencing a revival of nuclear power, well-orchestrated by appropriate communication. The potential of nuclear power as part of a broad portfolio of low-carbon generation is becoming clearer to governments who want to take action on climate change. Even in public opinion the appeal of nuclear power is growing; nations renowned for their love of nature and open spaces are supporters

States such as the United Arab Emirates are looking beyond their oil history and have just commissioned the first of four nuclear reactors that will provide 25% of their electricity by the middle of the decade. Turkey and Bangladesh are building their first nuclear reactors and others, such as Poland and Egypt, have made clear their intention to build their first nuclear power plants in the near future. And finally, Sweden produces 40% of its electricity from nuclear power.

Nuclear power certainly has a bright future ahead of it, especially as it contributes effectively to the fight against global warming.

Should we still want to rely only on renewable energies?

Of course, some argue that nuclear power is not the immediate answer and the proposed nuclear technology diverts attention from cheaper, safer and more rapidly available solutions such as wind and solar power.

The strongest argument is the time available to save our planet; given that we need to solve 80% of our climate and pollution problems by 2030, and almost 100% by 2035, a new nuclear reactor that takes an average of 15 years from planning to operation is totally useless to solve the climate problem.

BUT, and there is a big “but”, fully renewable energy systems face a challenge that has not yet been met: so far, there is no technology that can produce a battery that can be scaled up to store enough energy to power an entire electricity grid. Wind and solar energy must be stored so that there is still energy when the wind is not blowing and the sun is not shining.

The solutions put forward by the promoters of Thorium (TED about Thorium in French – sorry-) could bear fruit in the future. We do not necessarily have to think of huge EPRs, but small units also have their place in the energy landscape.

Let’s not refuse the opportunities of nuclear power in the name of dogma, but let’s look at our future with a scientific eye; renewable energies are a plus for our environment, but nuclear power has its place too.

I bet with you that tomorrow we will have a discussion on electric vehicles, similar to the one this article risks provoking on nuclear. The lithium batteries in fashionable vehicles are not recyclable, the extraction of lithium and cobalt for their production is an ecological massacre and yet many countries that have banned nuclear power sing the praises of electric cars.

Do not make any blackwashing or greenwashing: just talk to each other!